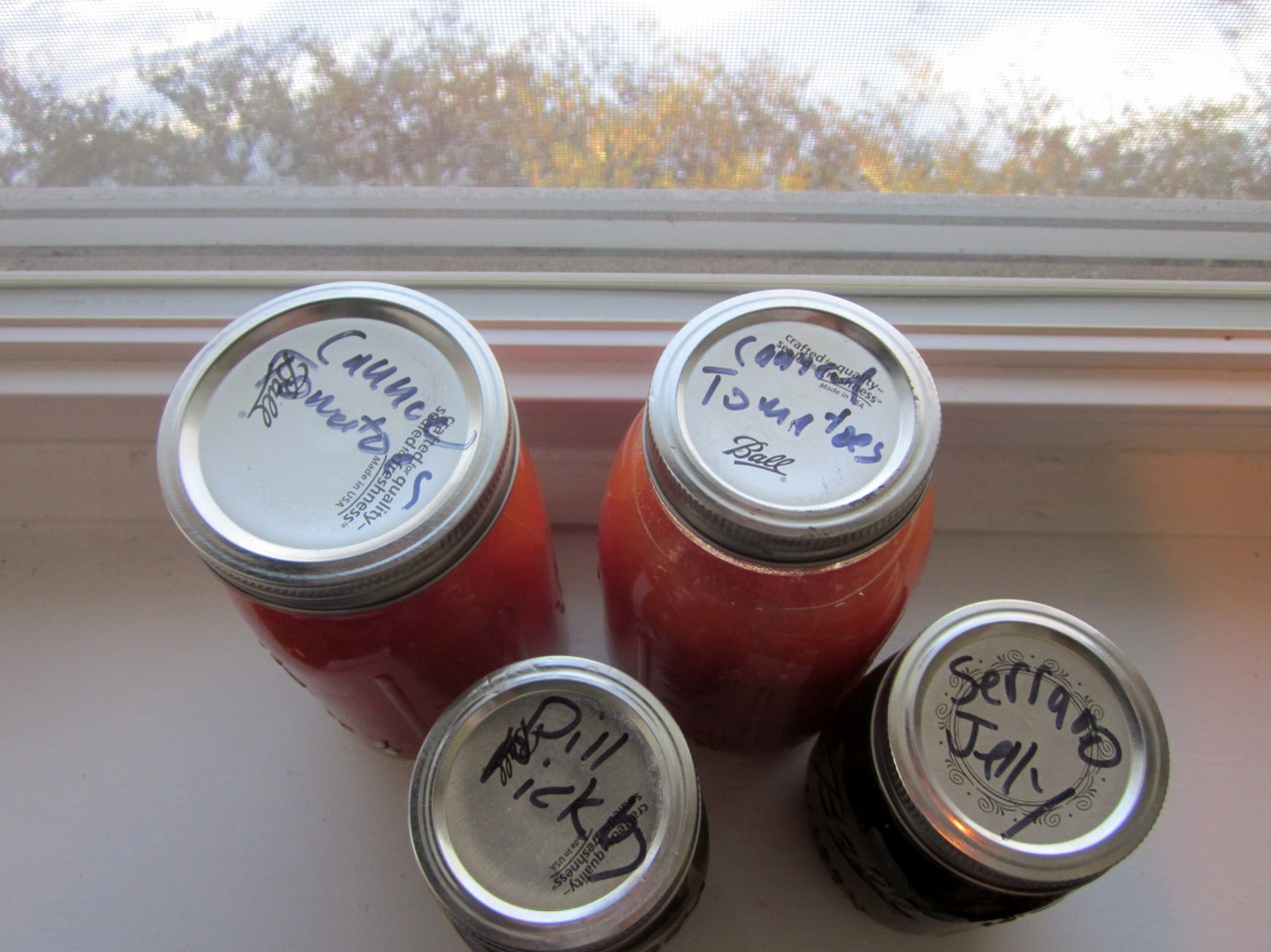 Canners, those brave souls who sweat it out over stoves in August, will take an ingredient at its very peak and suspend it in glass – a snow globe of summer, where it showers dill leaves and mustard seeds. It’s a compact little world, protected from the forces of ageing that nab the rest of us on the other side of the glass.

With a pry of the lid, this world spills out, catapulting you to different lands and different seasons, some foreign, others familiar. Wild blueberry jam can carry you to the forests of Maine; San Marzano tomatoes can plant your feet in the volcanic soil at the bottom of Mount Vesuvius; oil-packed anchovies can sit you down in a smoky Spanish tavern.

Canning has always been a matter of survival: transforming summer’s bounty into winter rations, taking the perishable and making it almost immortal on the supermarket shelf. But for all of its practicality, it’s an intensely nostalgic chore. People seal memories and places in with fruits and vegetables to revisit later on – they make these feelings edible.

Greg Brown says it best, in his half-song, half-campfire story kind of way:

She cans the pickles, sweet and dill
She cans the songs of the whippoorwill
And the morning dew and the evening moon
‘n’ I really got to go see her pretty soon

A few weeks ago, four jars landed on my doorstep: two pillars of heirloom tomatoes, and dill pickles and pepper jelly – summer globes from Whiting, Vermont. They had made the journey from a place where chickens cross the road as they please and a hound dog asks you constant questions with her curious wet nose; where dud tomatoes go flying in the air from a trap and twigs glow in the dark. 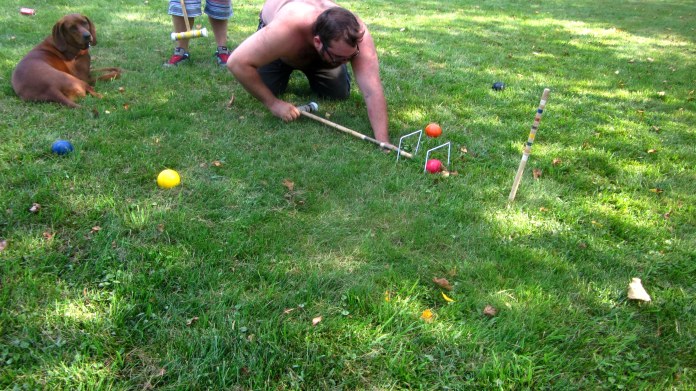 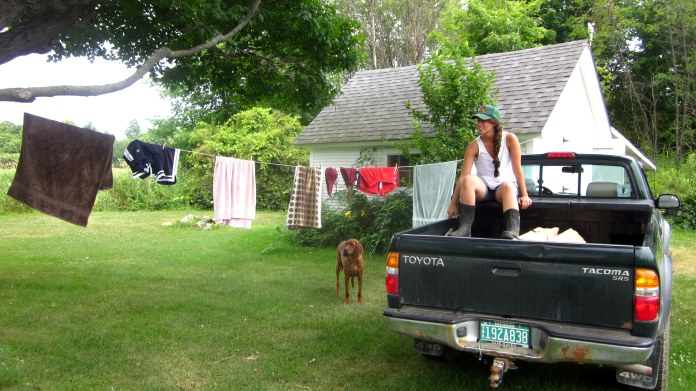 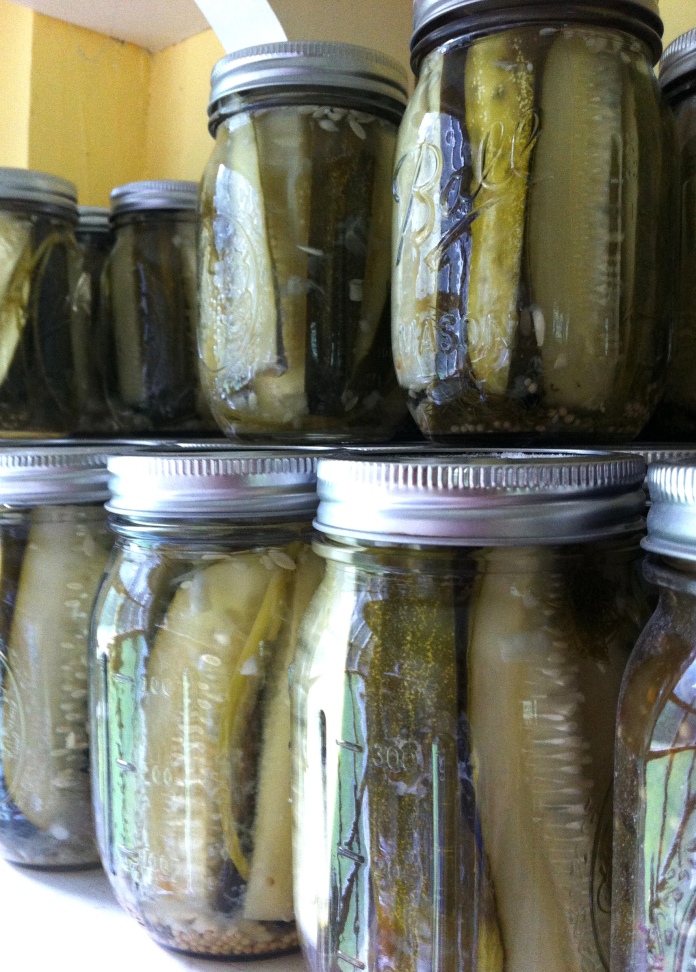 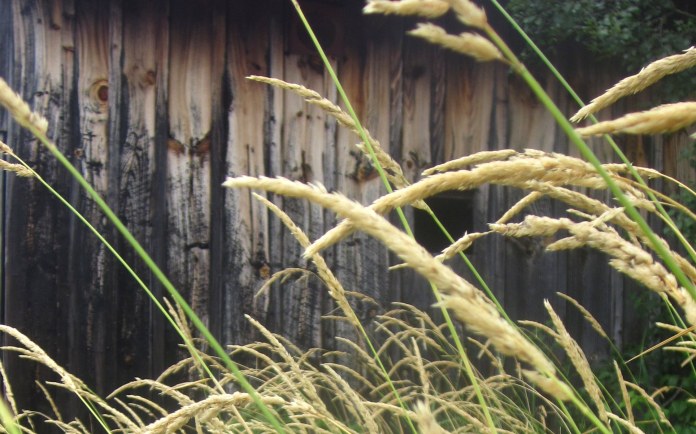 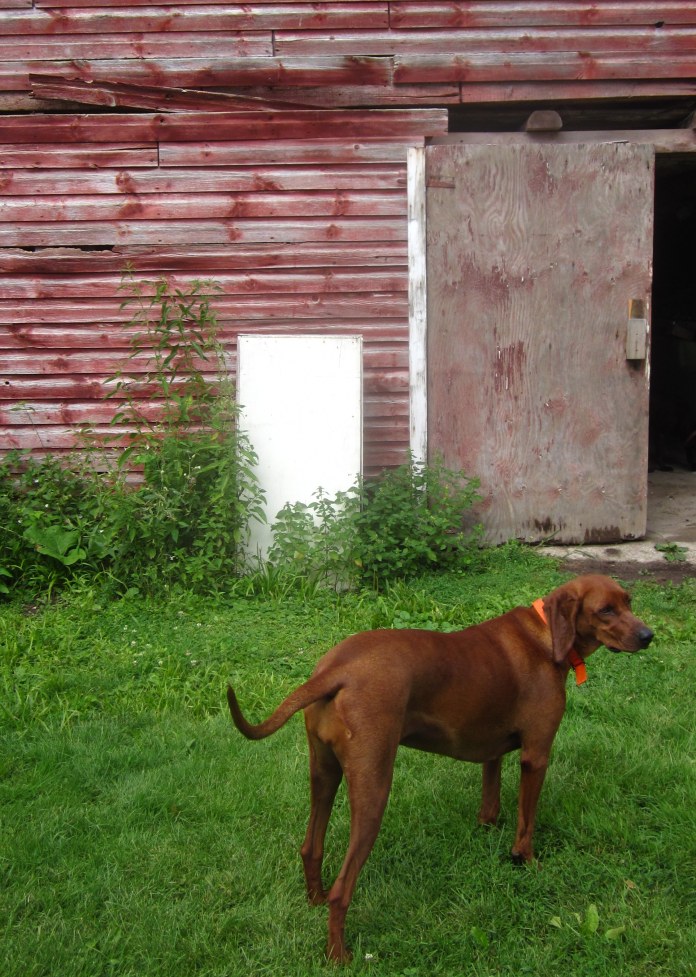 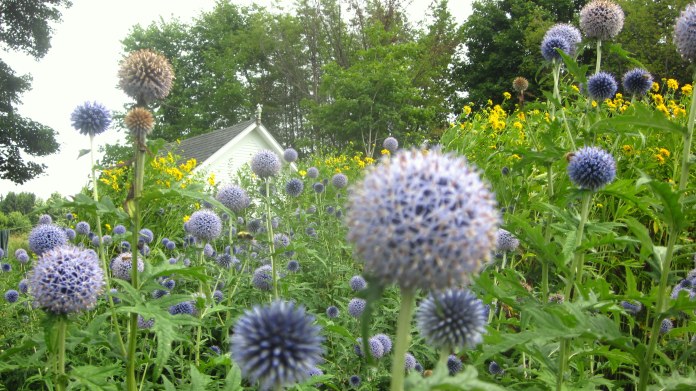 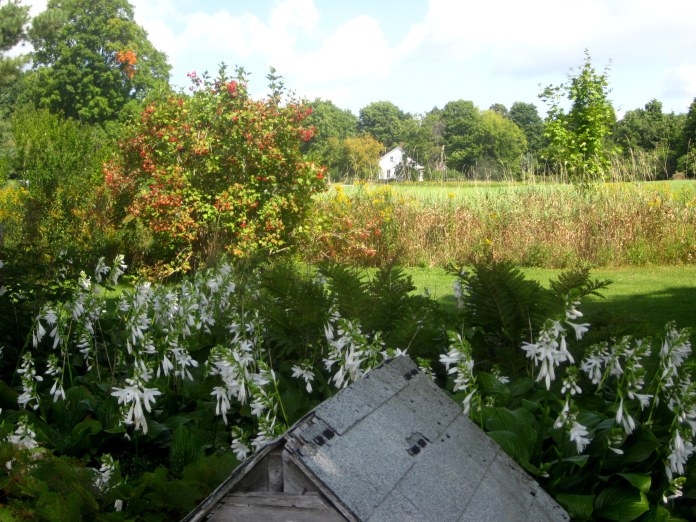 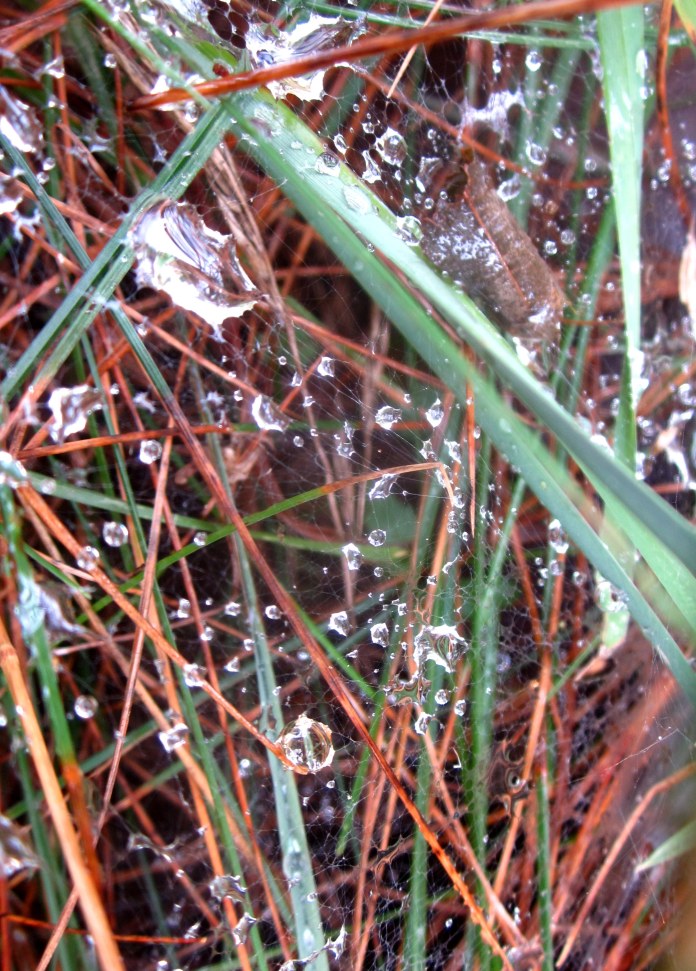 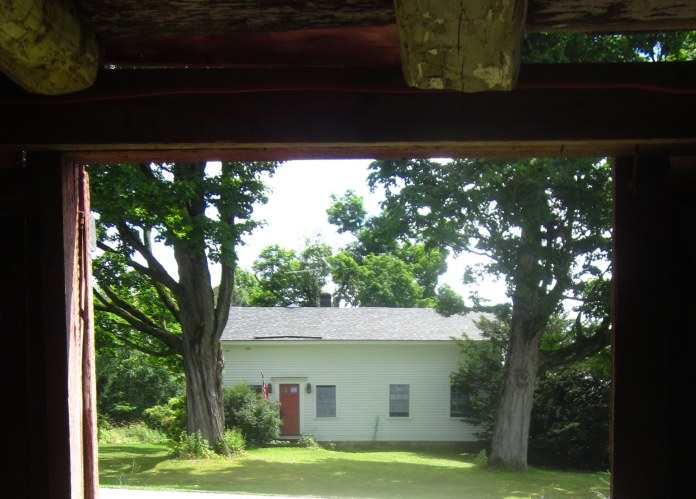 That place is Fast Hitch Farm, a colonial-era property in western Vermont. It’s probably the only organic farm I know where Oreos are plunged into a deep fryer.

To my friend Donner Carr (the smilin’ sunglasses-wearer above), it’s home. After graduating from McGill, Donner bought the farm with his dad, Donner Sr. They raise chickens and turkeys, and grow tomatoes, cucumbers, tomatillos, sweet corn, cabbages, hot peppers, garlic, and basil – with the goal of someday outputting their own homemade pesto. And all of this is done in whatever free time they manage after their day jobs. While they gradually gear up to make the farm commercially viable, Donner works as a nutrient management planner, crop advisor, and fertilizer applicator to pay the bills.

When I twist open the jars, I’m transported to Fast Hitch’s red barn. Looking out at me from just across the road is the main house; from this angle, you wouldn’t guess it could hold the fifteen plus people that come to stay each New Year’s Eve. The side porch of the house spills out onto the lawn, with its wildflowers and pear trees, and chickens running from stray croquet balls. If you wander off a little farther, you can sneak through the patch of woods that hugs the big pond, which sounds like bullfrogs in the summer and skates slicing through the ice in winter. On the other side of the house, there are the rows of vegetables that soak up all these sights and sounds and scents and eventually find their way into jars. I think to myself: I’ll take some more tomatoes and a ride in the back of a pickup, some more hot peppers and a crackling bonfire, some more pickles and a midnight swim.

The jars remind me of all of the work that the Carrs put into their farm in their spare moments – all of the elbow grease that goes into building this world tucked behind the main road that cuts through Whiting, and their generous impulse to share it. The life of a farmer is hard, but the Carrs make it look easy to those of us who stop by.

So it’s with a big thank you to the guys at Fast Hitch Farm that I share these recipes; may they help get you through the tail end of winter like they did for me.

Fresh-Canned Pizza Sauce
Fast Hitch tomatoes speak for themselves – they barely need any seasoning – so they’re a perfect reason to make this incredibly fast pizza sauce (you can use other good quality canned tomatoes, but they may not have the same taste of lawlessness as the Fast Hitch variety). Drain the tomatoes, reserving the liquid to use later in a soup. Crush the tomatoes with your hands, then add some torn basil, a few pinches of salt, and a generous glug of olive oil. Spread in a thin layer over rolled-out pizza dough, and top with slices of fresh mozzarella or burrata cheese. Bake at 450° for about 10 minutes, depending on the thickness of the crust, until the crust crisps up and turns golden brown. A few minutes before you pull the pizza out of the oven, add some fresh whole basil leaves on top.

A bonus recipe for another Fast Hitch favorite: Don’s Brie Bomb. Spread a generous layer of Fast Hitch Farm serrano pepper jelly over a round of brie. Then wrap the cheese in puff pastry dough (crescent roll dough works fine), tucking the ends underneath and setting it on a baking sheet. Bake at 350° for about 30 minutes, or until the dough turns golden brown. Serve immediately, with a bunch of crackers or bread. The lack of a picture is testament to how this flies off the plate.