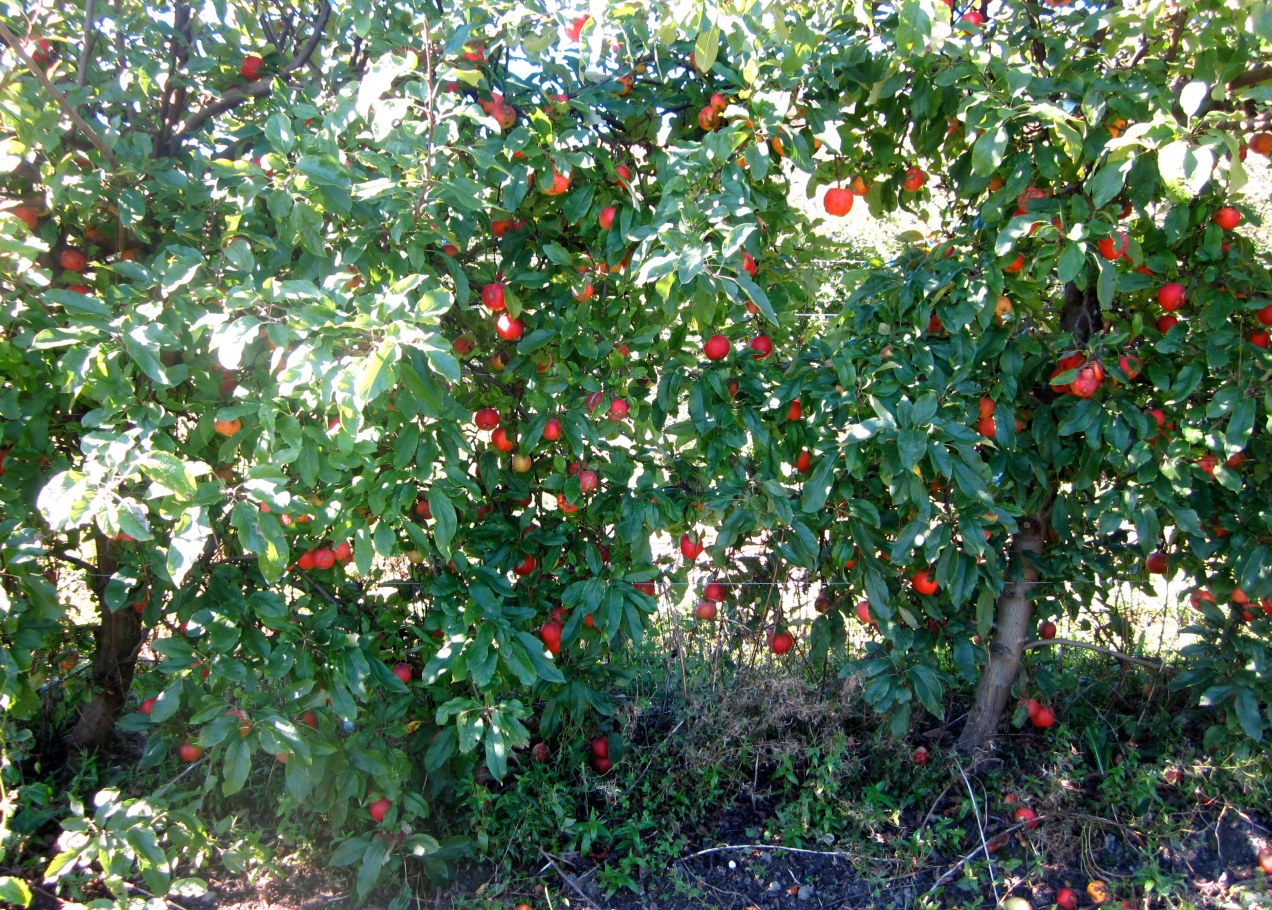 I recently realized that I’ve been living in Washington, a state which produces more than half of the apples grown in the U.S., for more than a year without ever visiting a local orchard. So when I found myself driving through the Cascade mountains this past weekend, I jumped at the chance to go apple picking at a farm in Skagit Valley. Though Skagit Valley lies to the West of the Cascades together with Seattle, the majority of Washington’s fruit production is actually centered on the eastern side of the mountains. Even to the West at Jones Creek Farm, I was impressed by the wide variety of apples – more than 10 – available in a relatively small orchard: 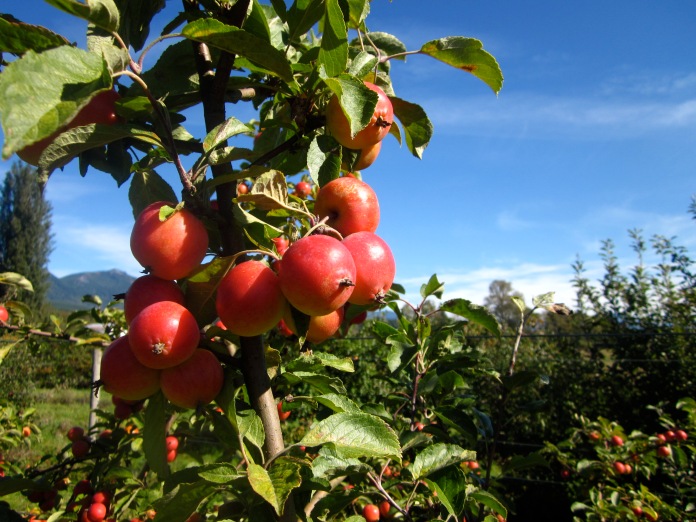 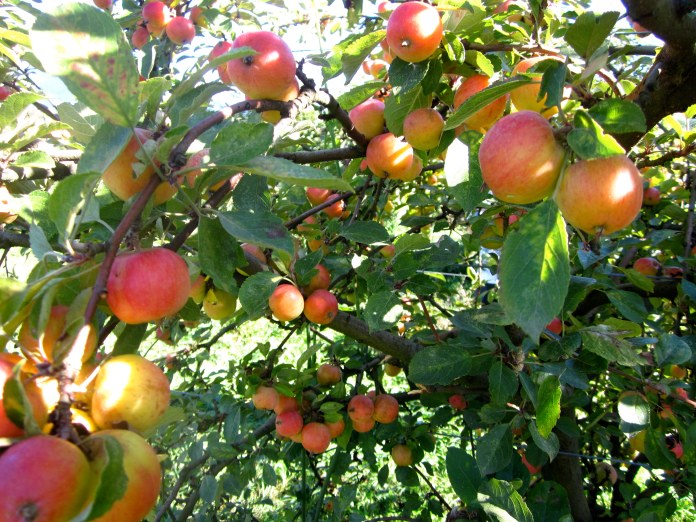 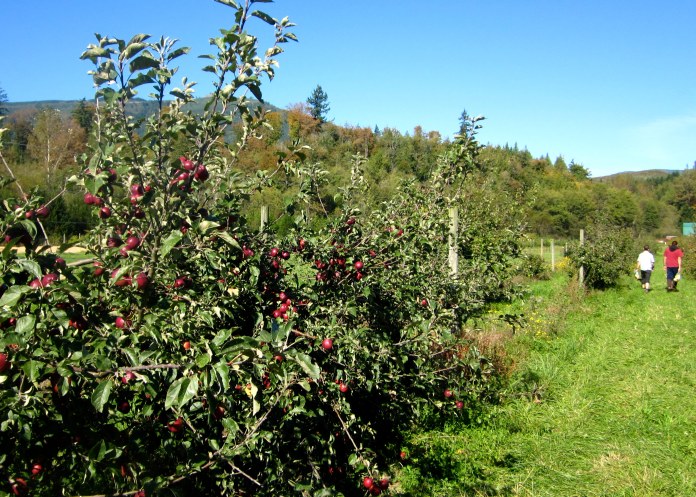 I was also happy to discover that the farm also has a crop of Asian pears available for “u-pick,” with three varieties to choose from. My favorite ended up being the Mishirasu, which has the slightly rough, spotted skin of common Asian pears, as well as the signature shape of its European counterparts, like Bartlett and Bosc: 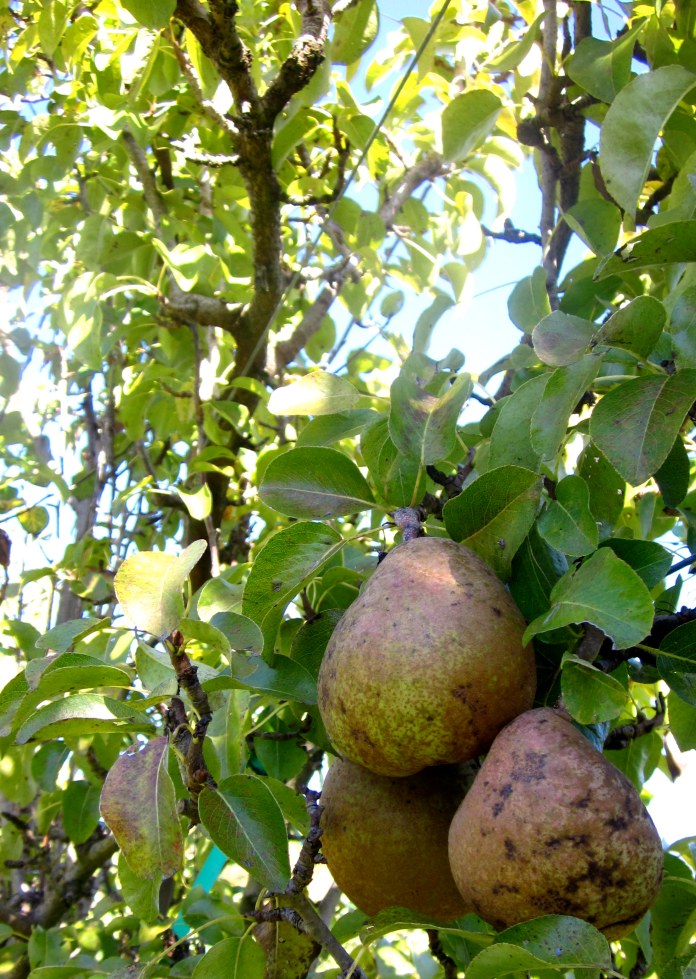 Asian pears are native to China and Japan, where they grew a few thousand years before being brought over to North America in the 1800s, most likely by Chinese immigrants to the West Coast. Because of their crisp texture and most often round shape, the fruit is sometimes misconstrued as a cross between an apple and pear – its nickname is indeed “apple pear.” In actuality, though, it’s part of the Pyrus genus, the set of plant species which encompass edible and decorative pears. 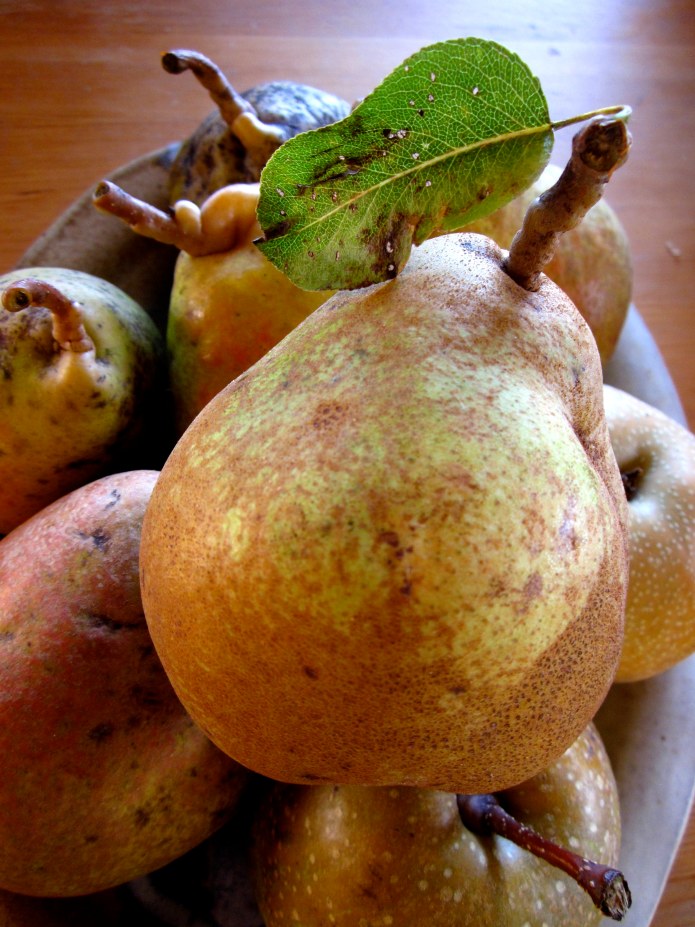 Back in Seattle, with a fruit bowl brimming with pears, I’ve had to get creative with my harvest. Because they’re very crunchy and watery at the same time, Asian pears are notoriously hard to break down in cooking, so making use of them raw is more manageable. (I also recently learned that they’re a common ingredient in Korean barbecue marinades because they contain enzymes which help tenderize meat.) Here I thought I’d share two different ideas for using Asian pears in salads. The first is based on the holy salad trinity of crisp fruit + sharp cheese + toasted nuts, while the second is a bit of a riff on the classic Waldorf salad. 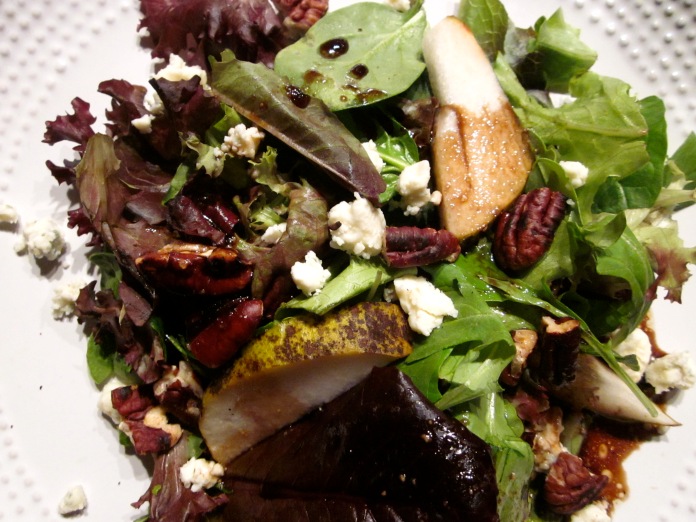 Here the name says it all: toss thinly sliced Asian pears with mixed greens, crumbled Gorgonzola, and toasted pecans. To make the dressing, whisk balsamic vinegar and maple syrup together with a tiny dollop of Dijon mustard, adding salt and pepper to taste, and then gradually whisk in some olive oil. Simple and elegant! 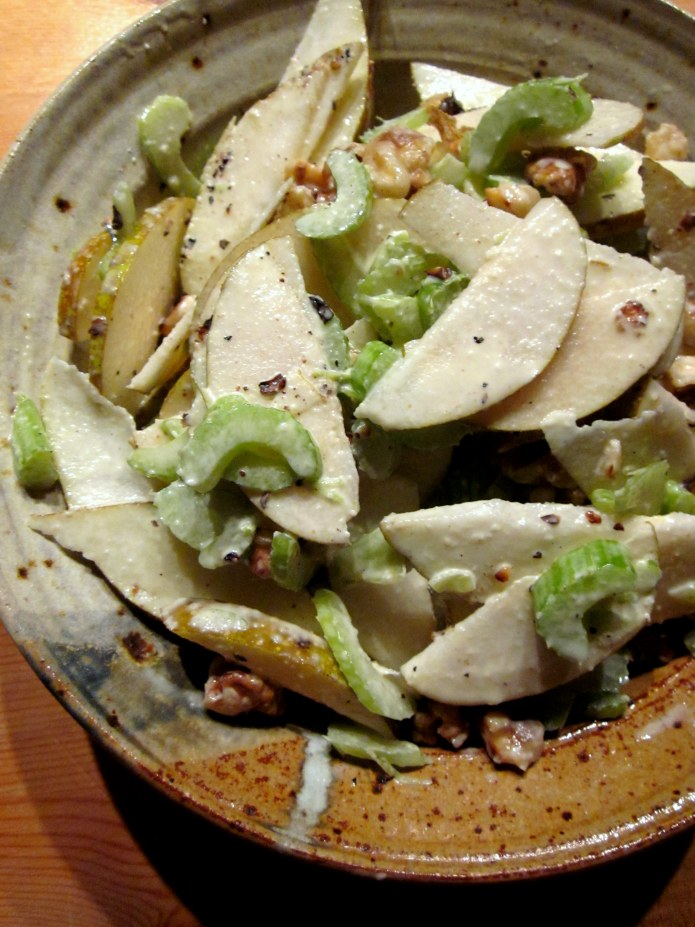 This second salad is based on a recipe of a good friend of my mom’s, a woman who is famous for hosting big parties with tables overflowing with food. She adds celery root, cut in matchstick pieces, but here I substituted plain old celery, thinly sliced. I chose to leave the skins on the pears to add more color and texture to the salad, though you can also peel them for a more elegant effect.

Start by making a quick aioli sauce: to make about a half a cup’s worth, whisk together an egg yolk, a teaspoon of Dijon mustard, a chopped garlic clove, a generous pinch of salt, and a couple teaspoons of water. Then gradually whisk in 1/4 cup of olive oil, as well as another 1/4 cup of an alternative oil with a less powerful flavor, like grapeseed. Add fresh lemon juice, salt, and pepper to taste. Depending on how large a salad you want to make and how much dressing you like, multiply the quantities as you see fit. Then combine thinly sliced Asian pears and celery in a bowl with the sauce, and sprinkle with toasted walnuts. 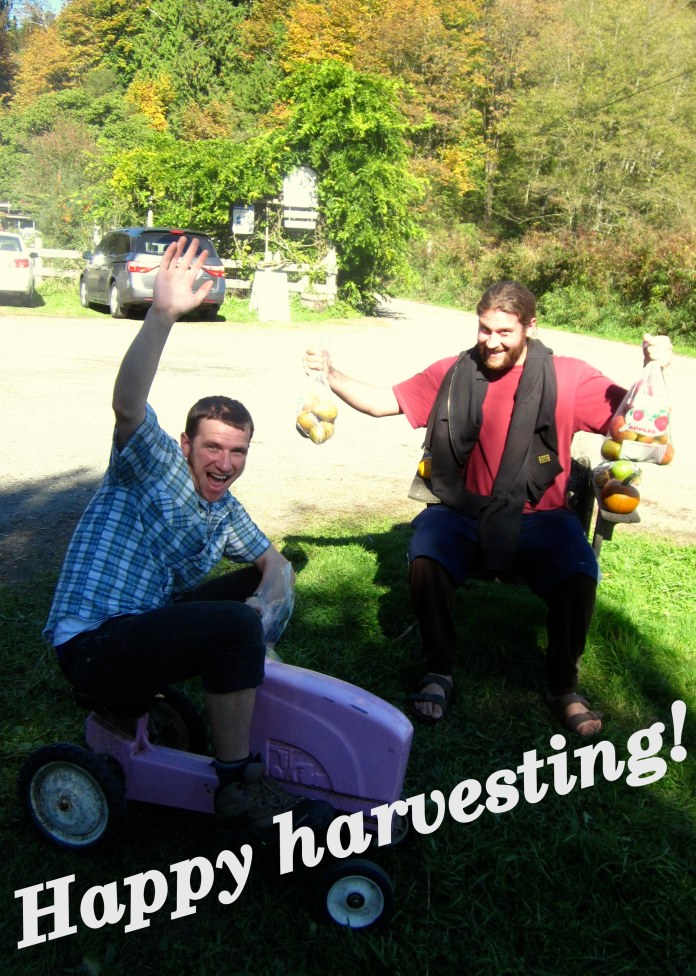 5 thoughts on “Apples to pears”